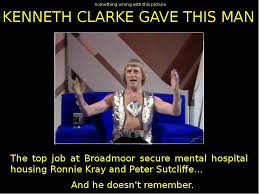 It emerged that BBC pervert Savile was “given the keys” to Broadmoor secure hospital around 1988 — when Mr Clarke was Health Secretary.

Paedophile Savile abused dozens of women at Broadmoor, where he also had his own set of keys and living quarters

He even had a mobile home on site and ordered teenagers inside supposedly to clean it. 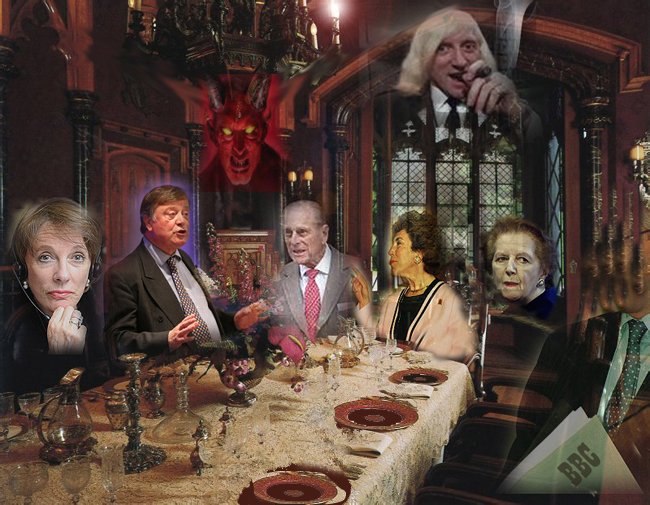 Dame Esther said: “I will forward the report and memo to Justice Goddard.

…… Department of Education officials wanted 155 allegations of attacks, mainly by teachers, to be censored

The 1991 report reviewed the findings of an experimental phone line for boarding school children set up by Dame Esther Rantzen and funded by the Government.

The report was never published, but the Sunday Mirror last week obtained a copy through Freedom of Information.

And it came with a damning memo by a DES official that mysteriously advised a “low-key” approach to publicity and moaned it was a waste of public money.

The NSPCC, which now runs ChildLine, has been unable to find a copy of the report in its archives.

The Department for Education said it would “submit any ­information relating to historic child sexual exploitation” to the Goddard inquiry. Dame Esther said: “I will forward the report and memo to Justice Goddard.

“Leon Brittan was the outstanding man of our generation” 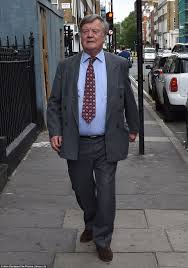 Kenneth Clarke and Norman Lamont described Lord Brittan as one of the cleverest politicians of his generation, as well as being a warm, witty and reliable friend.

Kenneth Clarke has been forced to shelve his plans to halve jail terms for rapists and violent offenders who plead guilty, following a storm of protest.

In a radio phone-in, the Justice Secretary repeatedly suggested that some rapes were not as ‘serious’ as others.

Ken Clarke roared with laughter at suggestions he should resign.

Sir Edward Heath is pictured with paedophile Cyril Smith, a former MP for Rochdale, in Leeds in 1975, who is known to have been a linchpin in the Westminster paedophile ring

A court heard how she trained children as call girls, often picking up youngsters mostly from a care home

One of those who stood most to lose was Sir Edward Heath, the former prime minister from 1970-74, who was known to visit the Jersey care home the Haute Garrene among others to take young boys on boating weekends on his yacht called  ‘Morning Cloud’

We know from court cases and statements made [during the 2008 inquiry] that children in Jersey care homes were ‘loaned out’ to members of the yachting fraternity and other prominent citizens on the pretence of recreational trips but during which they were savagely abused and often raped.

A source spoke to one of his victims and he said about others who were present, and more important, who was supplying the children to him.

The person bringing children for him to abuse is Sir Jimmy Savile. He was seen by the witness, victim, taking young boys onboard Heath’s yacht the morning cloud when they were at party conference. Allegedly Savile is known for supplying a number of high profile MP’s with children for them to sexually abuse.

Home to something evil

The story had first trickled out in November 2007, gaining almost no press attention.

Following a covert police inquiry into allegations of mistreatment in the island’s care homes, police and the NSPCC in London had appealed to former residents to come forward.

By January 2008, hundreds were said to have made contact, reporting physical and sexual abuse, mostly at Haut de la Garenne, a grim, Victorian industrial school that had, until the mid-80s, served as Jersey’s main children’s home.

Jack Straw – and then Ken Clarke – supported and endorsed the illegal sabotage of that Jersey investigation from back in 2008.

Detailed, evidenced submissions were made to Ken Clarke, too – when he had become Secretary of State for Justice – concerning the Jersey child-abuse cover-ups – and the concealment of other profoundly serious crimes in Jersey.

Since then Ken Clarke has been accused of indecently assaulting a young male actor who was playing beneath the age of consent when the alleged indecent assault is said to have occurred. For reasons that might – in usual circumstances – have appeared mystifying, rather than Clarke suing Ben Fellows for defamation, the state embarked upon the breathtakingly ill-advised and doomed attempt to prosecute Fellows

Jack Straw  tried to pass legislation to make it illegal in Part 2 of the Children, Schools and Families Act 2010 for Children in Childrens’ Homes to speak out.

A picture of Kenneth Clarke’s wedding. John Gummer is best man and the ushers include Michael Howard and Leon Brittan. Norman Lamont and Norman Fowler were also friends.

Clarke’s time as a Cabinet Minister is the fifth-longest in the modern era, having spent over 20 years serving under Prime Ministers Margaret Thatcher, John Major and David Cameron.

In 2011 and 2012, Clarke faced criticism for his Justice and Security Bill, in particular those aspects of it that allow secret trials when “national security” is at stake

Ken Clarke is made Companion of Honour

He will enter a small clique of people who can use the letters CH after their name. The order was founded by George V in 1917 to recognise services of national importance, made up of the sovereign, plus no more than 65 members.

Lord Tristan Garel-Jones – Mr Proctor turned from politics to hosiery and opened his shop in Brewers Lane, off Richmond Green, in 1988 with a pounds 2,000 grant from the Government’s Enterprise Allowance Scheme, and a little help from his friends: a start-up fund of pounds 75,000 was organised by Tristan Garel-Jones MP, the former Tory deputy chief whip and one of the party’s best-known fixers.

Armstrong was aware of Sir Peter Hayman’s paedophilia, and since leaving office, has commented “Clearly, I was aware of it at the time but I was not concerned with the personal aspect of it.”[5]

He knew about allegations of Savile’s sexual abuse of children

Armstrong gave Margaret Thatcher what he calls a “veiled” warning not to sanction Jimmy Savile’s knighthood for charitable work, due to allegations around his sexual abuse of children.

Armstrong was warned by the security services in 1986 that an MP had ‘a penchant for small boys’. But no action was taken and Armstrong, who refused to name the MP involved, insisted the allegations were just ‘shadows of a rumour’. He said he believed the decision not to investigate the paedophile claims was ‘correct at the time’.[7]