The school has been dogged by scandal after one teacher was convicted of nearly four decades of sexual abuse of children and another priest is still on the run from a child abuse charge.

The school and its linked Benedictine monastery, Ealing Abbey, was condemned four years ago for a ‘lengthy and cumulative failure’ to protect pupils in its care from child abuse.

Who on earth would feel safe their children were safe at that school?

No statement from patron Chris Patten on the abysmal governance at his school.

One that supports, protects, or champions someone or something.

A noble or wealthy person in ancient Rome who granted favor and protection to someone in exchange for certain services.

Patrick Rock, former aide to David Cameron, has been convicted of five counts of making indecent images of children.

Wonder if Peter Allott has any connections with Patrick Rock ?… another of David Cameron’s policy people charged by police over child abuse images and who has also worked under Chris Patten

Cameron brought Rock back into Downing Street in 2011, appointing him deputy head of the influential No 10 policy unit.

Rock was deputy head of David Cameron’s policy unit at the time of his arrest and they have known each other since the late 1990s.

Patrick Rock became an advisor to various Ministers during the 1990s, including Michael Howard and also Chris Patten

Patrick Rock is due back in court this month – big secret as to the exact date – no mention in msm.

At the time of his arrest, Allott was the deputy head teacher at St Benedict’s

He was identified after intelligence was received that an individual had been using video conferencing facilities to share indecent images of children with other paedophiles around the UK.

‘It was at the drug parties that you became aware of, and addicted to, indecent images of children. I use the phrase of a PAEDOPHILE RING, that’s precisely what that was.

Allott, a former Tory councillor, who served on the Perivale ward from 2006-2010

The deputy head of a scandal-hit Catholic private school was jailed today after admitting getting hooked on child pornography blowing £600 a week on paedophile drug parties.

The Cambridge–educated deputy headteacher became addicted to child sex images and Class A drugs after being introduced to both at ‘chemsex’ parties organised on gay dating app Grindr.

He amassed nearly 400 horrific images of children as young as two, which he kept on his iPhone and on a hard drive in his office at the £15,000-a-year St Benedict’s School.

The private school in Ealing, West London, which counts comedian Julian Clary, Tory peer Chris Patten and actor Andy Serkis amongst its alumni, has been dogged by scandal after one teacher was convicted of nearly four decades of sexual abuse of children and another priest is still on the run from a child abuse charge.

The school and its linked Benedictine monastery, Ealing Abbey, was condemned four years ago for a ‘lengthy and cumulative failure’ to protect pupils in its care from child abuse.

The  scandal led to five monks and three former teachers being linked to child abuse.

Allott, originally from Barnsley, swapped images with a notorious paedophile, who used the internet name ‘Londonpaedo’ through Zoo. The internet sharing facility allows for an online conference call where perverts could chat and exchange images.

He studied history and politics at Hull University and gained a second degree in theology at the University of Durham.

He became an economic and politics teacher at St Benedict’s when aged 25, and was elected to Ealing Council for the Conservatives in 2006.

After a stint studying in Cambridge, Allott returned to St Benedict’s and was at the time of his arrest studying for a doctorate. 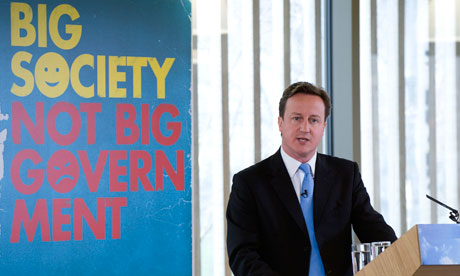 Paedophile Peter Allott left for a year in 2011 to work as a research associate for a project on the Prime Minister David Cameron’s “Big Society” initiative and Catholic social teaching at Cambridge University.

Allott, a former Tory councillor, who served on the Perivale ward from 2006-2010…engaged in public service and political service. Someone who has engaged in charity work. Someone who was a high flyer.

Michael Shaw, for the prosecution when asked about the fate of the children in the images, he said: ‘I would be surprised if some of them were still alive.’

An investigation into one of the worst scandals to afflict the Catholic Church in Britain is set to be dropped from the public inquiry into child abuse.

Next week lawyers for Alexis Jay, chairwoman of the Independent Inquiry into Child Sexual Abuse (IICSA), will propose that no evidence be called about decades of abuse of pupils at Ealing Abbey and its adjoining independent school, St Benedict’s.

Victims were furious and accused Professor Jay of backtracking on her previous promise not to reduce the scope of the inquiry. They said the move undermined the credibility of the inquiry, which has lost three chairwomen, cost more than £20 million and shown little tangible progress since it was set up by Theresa May in 2014.