Mervyn Conn found guilty of rapes in the 1970s, including girl under 16

Police want to hear from others with information on Mervyn

Mervyn Conn has been found guilty for a string of historic rapes, some against women aged below 16y and Wimbledon in the 1970s and 80s

A man who raped a girl aged under 16 will be sent to jail more than 40 years after the offence occurred.

Mervyn Conn, now 81, offered one teenage girl a lift home in his Rolls Royce – but instead took her to his own house and raped her, Kingston Crown Court was told.

Conn was well-known for promoting star-studded country and western concerts at Wembley Arena and Earls Court.

Conn has run a number of companies since the early 1960s, including Mervyn Conn Promotions, the Mervyn Conn Organisation, Showcase Productions and M C Productions. The last, Variety Television, was wound up in December 2010.

In 1989, Conn was convicted of a serious sexual assault on his 19-year-old receptionist and was sentenced to eight weeks in prison.[3]

In July 2014, he was arrested at Gatwick airport in connection with an alleged historic rape and sexual assault

An MPS spokesman said the arrest was not connected to Operation Yewtree, set up by police to investigate allegations of sexual abuse by Jimmy Savile and others. 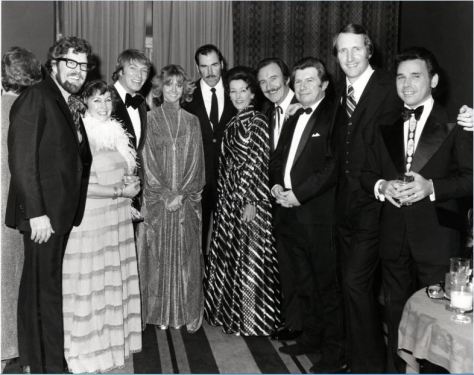 ^ He lies in his autobiography stating that he had won his case on appeal. The GUILTY verdict was upheld.

He started work in the fashion industry, but by the early 1960s, with the help of his cousin, the comedian Bernie Winters, he had begun running a club, Romano’s, in Gerrard Street in Soho, London

Mervyn Conn was friendly with property developer Peter Beckwith.  Beckwith was a stalwart friend who stood by him when Conn was charged with rape. 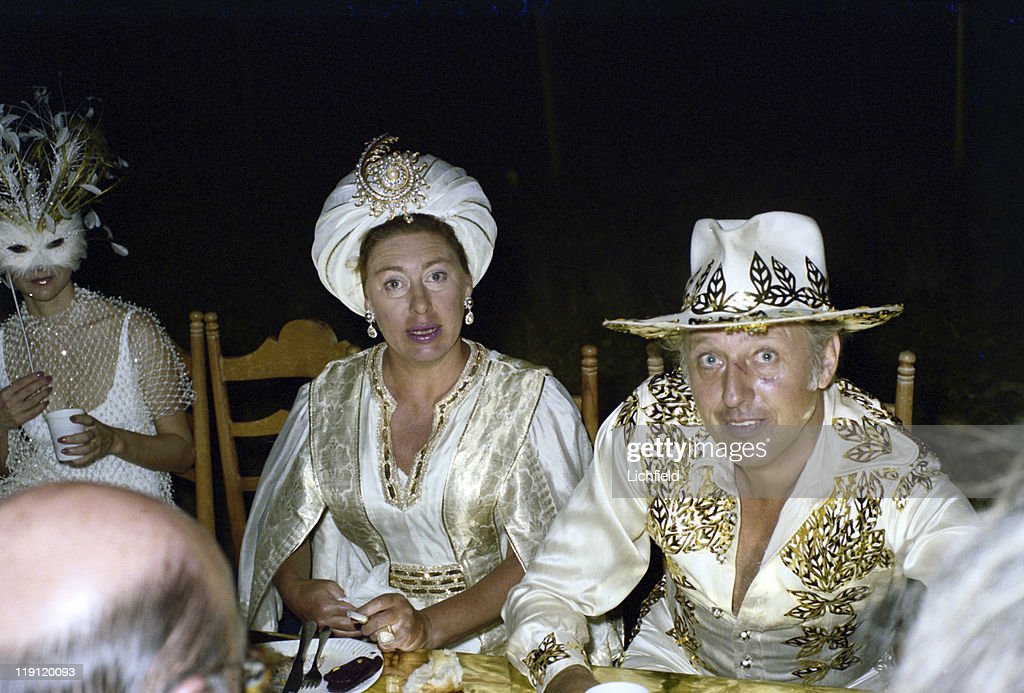 Mervyn Conn joined the Autistic Society Committee.   Involved with the Nightingale House – persuading people like Jimmy Tarbuck to go there.

Ronnie Wood, Jimmy Tarbuck and Ed Stewart for the launch of Conn’s autobiography

Mervyn Conn was a member of the Hurlingham Club – The Prince of Wales (later King Edward VII), an early patron, was a keen shot and his presence ensured the club’s status and notability from the beginning.

The circles Mervyn Conn moves in:

The current patron is HRH The Prince Philip, Duke of Edinburgh.

Notable members of the Hurlingham Club: 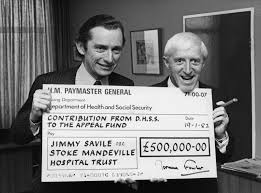 Harvey Proctor resigned as MP for Billericay shortly before his trial in May 1987.

In 2000 Harvey Proctor’s stores were forced into liquidation after legal action by Customs and Excise over an unpaid VAT bill. 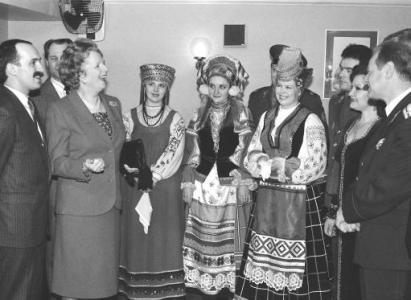 Mervyn Conn invited Margaret Thatcher to the opening night of the Red Army Ensemble concert during perestroika and whom he describes as “the most charming woman I’ve ever met”.

…this February sees Conn reviving the International Festival of Country Music in London, Belfast, Germany and Switzerland, an event he founded in 1968 and ran for 23 years. Such has been his contribution to country music that he was awarded the Freedom of the City of Nashville.

The Beatles during rehearsal for Another Beatles Christmas Show, December 1964. With them are Jimmy Saville, director Peter Yolland and producer Joe Collins. Scanned from Beatles Book Monthly No. 164.

Conn didn’t come from a country music background. He started out with Joe Collins, father of Joan and Jackie, staging spectaculars such as the Beatles’ Christmas Show in the early 60s

There are not many other people in his industry who have dined in 10 Downing Street, The White House and The Kremlin.as International Vice President of the Country Music Association Of America, Conn was invited to The White House by Jimmy Carter and Ronald Reagan. “It was a wonderful experience,” he says, “although President Carter fancied my ex-wife. He kept putting his arm around her.”He took greatest pleasure from meeting Margaret Thatcher in 1988, when he brought the Red Army Ensemble to Britain. Lady Thatcher enjoyed the show so much she invited Conn, among others involved, to dinner. “She was a wonderful, wonderful woman. Her conversation was great; she was knowledgeable about showbiz, politics and fame.”
Later that year, Conn visited Russia and while he was there the Minister of Defence threw a well-oiled dinner in his honour.
link

Mervyn Conn invited Savile to present the awards at his 6th Festival of Country Music:

The Tea Council staged a nationwide country music tour and at its Wembley Tea Gardens, organizes a charity walk availing themselves of the Services of Jimmy Savile.

The awards were presented by Jimmy Savile

Police collated the four-page dossier following an investigation in 1964

The band were linked to the paedophile brothel in Battersea, London

The document related to a notorious flat in Battersea, South West London which was used by paedophiles.

The senior officer responsible for Operation Yewtree , Detective Superintendent David Grey began investigating the brothel in 2013 when it was mentioned in another police report.

Her Majesty’s Inspectorate of Constabulary revealed that a man was jailed for two years for pimping two children’s home girls staying at the flat in Battersea, south west London. The HMIC report made not mention of the band visiting the flat.

“There would undoubtedly (have) been casepapers from that time, that may have been of assistance, but they are no longer available.”

The report added: “It would have provided useful background information to those officers who dealt with the 2003 allegation. But it would appear it was not transferred onto a digital format and hence not recorded on INI or PND [Police National Database].”

The report was only released following a lengthy FOI battle.

In October we asked for all communications between the Met and the Independent Police Complaints Commission over their involvement with Savile.

The force refused to hand over the report, but eventually disclosed it after we applied to the Information Commissioner’s Office.

Brother a perv, too

JIMMY Savile’s brother Johnnie was sacked by a hospital for assaulting a woman
patient.

He lost his job as recreation officer over a depraved “sex game”.

In April 1980, Johnnie Savile, who worked at Springfield as entertainment officer, a title uncannily similar to the one Jimmy Savile awarded himself at Broadmoor, was sacked for gross misconduct. He had been in the job for six years.

The woman complained he mauled and groped her — and he was axed for gross
misconduct. Savile, 61, claimed unfair dismissal from Springfield
Psychiatric Hospital, Tooting, South London, in 1980.

Too ashamed to report the incident at the time, she informed hospital authorities and the police in 1998 and again in 2005. She says hospital staff told her that Johnnie Savile was forced to resign from Springfield to avoid a scandal after several other women complained of being molested by him.

Johnnie Savile used to run a weekly disco for patients at Springfield Hospital. It sounded like a carbon copy of the events Jimmy Savile put on as a smokescreen for his offending at Broadmoor.

Johnnie Savile, at a children’s party in 1985, was fired from his job as entertainment officer at Springfield hospital after allegedly sexually assaulting a female patient in his office

Johnnie Savile Enterprises – Employment Agency for persons in the Entertainment Industry at No. 255 Battersea Park Road, London, S.W. 11, to be known as “THE JOHNNIE SAVILE AGENCY 1962

Johnnie and Honor Blackman – 23rd February 1974.  Johnnie was canvassing the constituency of Battersea North as prospective parliamentary candidate of the Liberal Party.

Ramport Studios -Thessaly Road.  The studio is the red brick building to the right.

The Who are an English rock band that formed in 1964. Townshend particularly admired Cliff Richard’s début single, “Move It“.[4]

The band started out as The Detours -The Detours were influenced by the bands they supported, including Screaming Lord Sutch

Operation Torva was launched because an ex pupil from a BATTERSEA school joined the MET POLICE and was a colleague of SPINDLER.

An interesting video of Spindler, ex head of Fernbridge who left midway through investigation. He shows an old police ledger/diary from 1964, which has an observation on a ‘brothel’ in Battersea where two men were eventually charged. It makes note of those who were seen to attend and mentions girls from Duncroft who had absconded and Jimmy Savile

Scotland Yard documents seen by ITV News have revealed that Jimmy Savile’s name had been linked with arrests made of men taking advantage of girls from the Duncroft School as early as 1964.

“There is an entry very early on in the book that talks about a premises in Battersea Bridge Road where two men were investigated and indeed prosecuted for living off immoral earnings.

“It’s a property where girls from the Duncroft School were visiting and Savile is shown in there [the ledger] as frequenting that premises.” 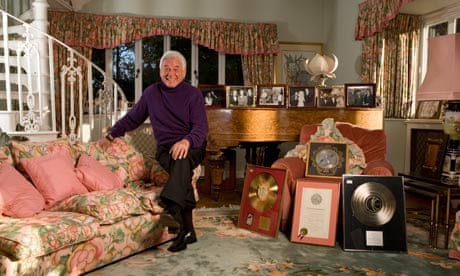 THERE can’t be many places where Dolly Parton sits beside Marlene Dietrich, Margaret Thatcher and Jimmy Carter but the drawing room of Mervyn Conn’s Wimbledon home is one of them.

After running the legendary club Romano’s in London’s Soho where his mother would cook the food and his father worked behind the bar, he joined forces with Joe Collins (father of Joan and Jackie) and staged the first Beatles’ Christmas shows.

Pride of place in Mervyn’s drawing room is a silver-framed photo of himself with Margaret Thatcher who he refers to as “my favourite lady”.

She invited him to Downing Street after seeing a performance of the Red Army Ensemble he staged in 1988.

He says: “I’m the only man I know who’s dined at the White House, Kremlin and Downing Street. Not bad for a music promoter from the East End.”

Myra was the daughter of Jerry Lee’s cousin and bass player. After thirteen years of marriage, they were divorced in 1970, when Myra charged that she “has been subject to every type of physical and mental abuse imaginable”