Pictured above: 2006 Peter Ball former Bishop of Lewes with his good friends Prince Charles and Camilla at a memorial for her father Bruce Shand

Disgraced bishop, friend to members of the royal family, jailed for a string of sex offences, Peter Ball has been given public funding for a legal team at the Government’s child sex abuse inquiry.

The decision to pay for lawyers, costing taxpayers up to £200 an hour, to defend the reputation of Peter Ball, the former Bishop of Gloucester and of Lewes, has outraged his victims.

Ball is the first convicted sex offender to be granted taxpayer funds, setting a precedent that could pave the way for dozens of paedophiles to get the same deal.

He received the legal funding because he “may be subject to explicit criticism by the inquiry”.

A lawyer close to the inquiry said: “I was really surprised Ball was given funding. The issue is about how he was allowed to get away with it by the Church not about his offending. He has already been investigated and pleaded guilty.”

Lowell Goddard chair of the IICSA – her ex-husband, Sir Johnny Scott was a close friend of Camilla’s.

If he didn’t know, he’s hardly fit to be King …

Richard Scorer: My clients accept the PoW has many interactions with Church of England clergy. However our clients do not accept that he claims he was not aware that a caution means an acceptance of guilt.

Scorer claims senior leaders in the Church knew of Peter Ball’s offending but Lambeth Palace did not hand over letters to police: http://ow.ly/M5yK30l4wJe

Mr William Chapman: There’s a reluctance to trust the secular authorities to handle the matter and a willingness to forgive and reintegrate Peter Ball, no matter what he’d done

Both Michael Ball and brother Peter Ball were not shy about using the name of the Prince of Wales to seek to influence others. Bishop Michael Ball wrote to Lord Carey in Dec 1992 saying that his brother was receiving support from 2 Cabinet Ministers and Prince Charles Peter Ball often mention their friendship.

On 8 March 1993 Peter Ball received a caution for one count of gross indecency against Neil Todd. He resigned immediately. Peter Ball alleged to the Church of England shortly that he either did not wish to resign, and accepted a caution to avoid a trial.

“This Inquiry has been provided with details of allegations made by a total of 32 individuals. These all relate to an alleged abuse of power by Peter Ball for the purposes of his sexual gratification.”

The former Bishop of Lewes, Peter Ball was convicted of two offences of indecent assault, and an offence of misconduct

Peter Ball admitted when pleading guilty that he received sexual gratification from the deliberate manipulation of vulnerable young men, that the contact was consistent with grooming and that he abused his position as a Bishop in the Church of England

In January 1996, Ball was permitted by Archbishop Carey to preach at a particular public school and, to conduct confirmations at other specific schools later on in that year

(1) Why he was permitted to return to ministry in this fashion? (2) Why did no-one think to carry out some kind of risk assessment? (3) Whether or not senior clergy simply thought that Peter Ball’s pleas of innocence should be believed?

“I really appreciate your sympathetic understanding in preventing a scandal with a trial which would have affected the Royal family and establishments in this crucial time of turmoil within the Church of England.” Bishop Kemp comments on a 1990s investigation into Peter Ball
A risk assessment carried out by the Church in 2009 identified that Peter Ball could be identified as a sexual predator given the length and scale of his offending

The Prince of Wales says he was aware that Peter Ball, who lived in Aller, near Langport, had been given a police caution, but claims he did not realise it amounted to an admission of guilt.

Details of Prince Charles’s relationship with Ball will be revealed at an inquiry into the case on Friday.

The next in line to the throne had “decades of correspondence” with Ball and occasionally sent him “small gifts of money”, according to the draft copy of his statement to the inquiry, The Times has reported.

The statement will add that Ball confided in him in 2009 that he had been involved in an “indiscretion” years previously, which he blamed on a person with a grudge. The Prince of Wales has been asked to give a witness statement to a public inquiry about a paedophile bishop who was jailed after abusing young men.

Peter Ball was sentenced to 32 months in 2015 for a string of offences between the 1970s and 1990s, and the handling of allegations against him is now being examined by the Independent Inquiry into Child Sexual Abuse (IICSA).

At a hearing on Wednesday, counsel to the inquiry Fiona Scolding QC said that statements had been requested from the prince and his principal private secretary.

According to a transcript posted on the inquiry website, she said: “We have also requested a witness statement from both His Royal Highness the Prince of Wales and his principal private secretary.

“The Prince’s solicitors have indicated their client’s willingness to assist us and have raised a number of important issues for us to consider.

“This has led to lengthy and complex discussions and we are currently considering the latest points they have raised. We hope to be able to provide an update to core participants on this in the next couple of weeks.”

Charles had exchanged a series of letters with Ball, the former Bishop of Gloucester, whose diocese covers Highgrove, the prince’s country home.

A spokesman for the prince told the Daily Mail last year that the correspondence contained nothing of relevance to the clergyman’s offending.

Lawyer Richard Scorer from Slater and Gordon, who is representing complainants at the IICSA, said: “It is imperative that the inquiry leaves no stone unturned in its efforts to establish how Peter Ball was able to evade justice for two decades.

“If this means calling Prince Charles and other prominent establishment figures as witnesses then the inquiry should do so without fear or favour.”

Peter Ball ‘preached at the funeral of Camilla’s father’s in 2006, which indicates his standing in their household.’ 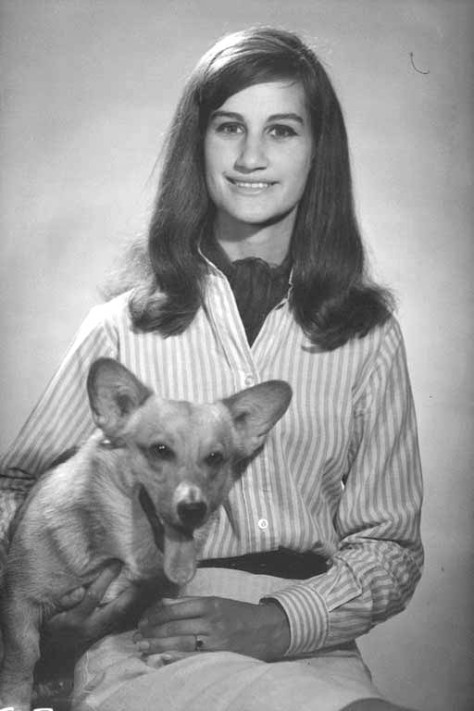 It is quite Eye Opening Info, that Lord Mountbatten, Charles’ mentor, who introduced Jimmy Savile to the Royal Family, used to have Charles and Camilla visiting regularly in the early 70s around the time that Judge Goddard was in Britain with Camilla’s friend (Johnny Scott) 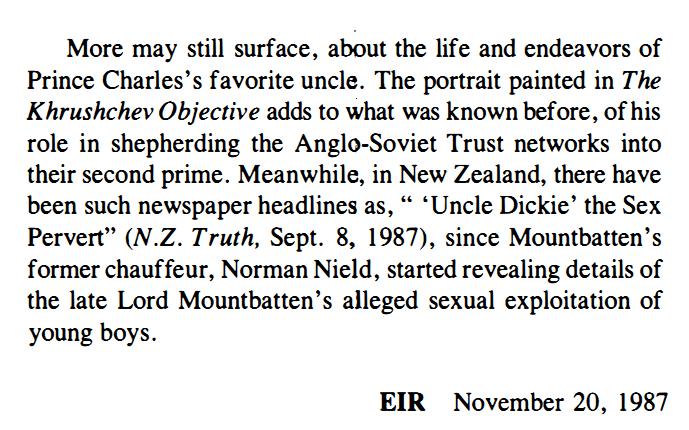 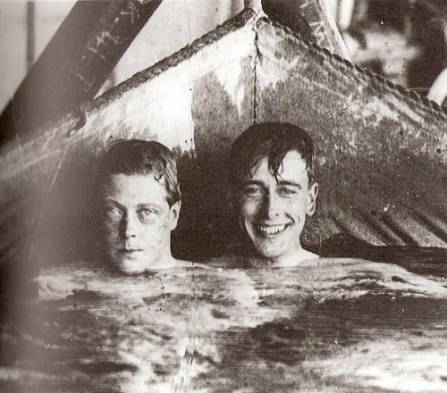 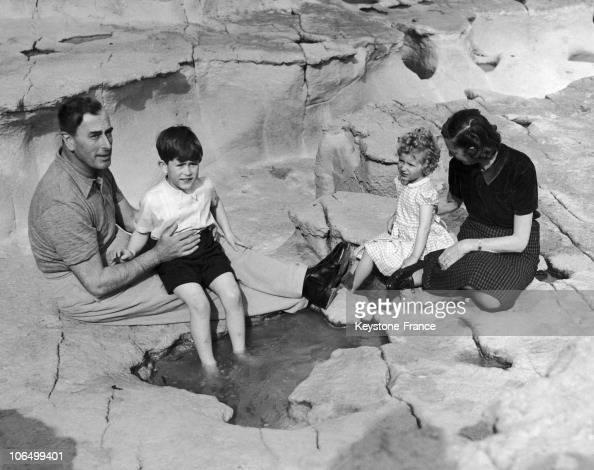 Lowell Goddard’s daughter Rebecca Scott was born in Lewes District in the county of Sussex  20/3/1970.

Through her marriage to Sir Johnny Scott, the current head of the Home Office‘s ‘independent’ inquiry into child abuse, Judge Lowell Goddard, has links with Camilla and Prince Charles 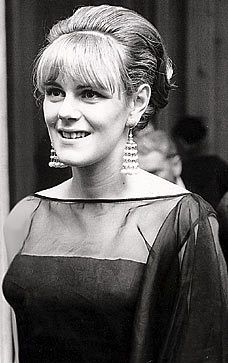 Camilla met Charles at a polo match in 1970.
Sir Johnny Scott (IICSA Chair Lowell Goddard’s ex-husband and father of her child Rebecca Scott) grew up with Camilla, Duchess of Cornwall,

Both their parents (Johnny Scott’s & Camilla’s) were involved in the Southdown hunt;

Lowell Goddard’s former father-in-law, Sir Walter Scott was Chairman of the Southdown Hunt. In 1975 he was Deputy Lieutenant East Sussex.

Ms Phillips, the Queen’s granddaughter and the daughter of Princess Anne, is a patron of the trust.

Peter Ball was friends with many members of the royal family, not just Prince Charles & Camilla – Princess Margaret, the Queen Mum and Queen Elizabeth too

The Queen supported Bishop of Lewes Peter Ball after his police caution. In 1994, when she was distributing Royal Maundy money in Truro, Ball was there with his brother, who was Truro’s bishop.

After lunch in the Chapter House, the Queen, who had been on the high table with local dignitaries, went across to Ball, held out her hand and said in the clearest of voices: ‘My love and encouragement, Bishop.’

Ceremonial: The Crown of Scotland is carried by The Duke of Hamilton – Rebecca Scott’s cousin

The New Zealand judge heading the UK’s historical child abuse inquiry has shocked barristers by admitting that she is confused by English law.

Dame Justice Goddard is set to earn around £5million (NZ$9.17m) as chairwoman of the inquiry after being appointed by Theresa May.

Some lawyer have expressed their concerns about the delays and Dame Justice Goddard’s handling of the inquiry.

During the preliminary hearings last week, she admitted she was ‘unsure of local law’, when police attempted to block details of an investigation going public, according to The Times.

Dame Lowell Goddard, the head of Britain’s inquiry into child abuse, has spent more than 70 days working abroad or on holiday in her first year in the role.

The inquiry has been beset by delays and controversies since it was first announced by the then home secretary Theresa May.

Baroness Butler-Sloss, stood down in July 2014 amid questions over the role played by her late brother, Lord Havers, who was attorney general in the 1980s.

Her replacement Dame Fiona Woolf resigned following a barrage of criticism over her “establishment links”, most notably in relation to former home secretary Leon Brittan, who died in 2015.

May ‘must have known’ about concern over Goddard

It would have been “inconceivable” for Theresa May to be unaware of concerns about the behaviour of the chairman of the child sexual abuse inquiry, a former minister claimed as MPs prepared to launch an investigation into the allegations.

The Times revealed today that Home Office staff and advisers received warnings about Dame Lowell Goddard’s offensive behaviour in her role as chairwoman of the Independent Inquiry into Child Sexual Abuse (IICSA) but did not end her “catastrophic” leadership.

A UK newspaper has accused New Zealand judge Dame Lowell Goddard of making racist remarks during her time as the head of an inquiry into child sex abuse.

British officials close to Prime Minister Theresa May have been accused of covering up the allegations of misconduct.

The Times says Home Office staff and advisors were told of Dame Lowell’s behaviour and she was warned by a senior official, but no further action was taken.

Last night Dame Lowell confirmed she had instructed London solicitors Carter Ruck to represent her over the claims. 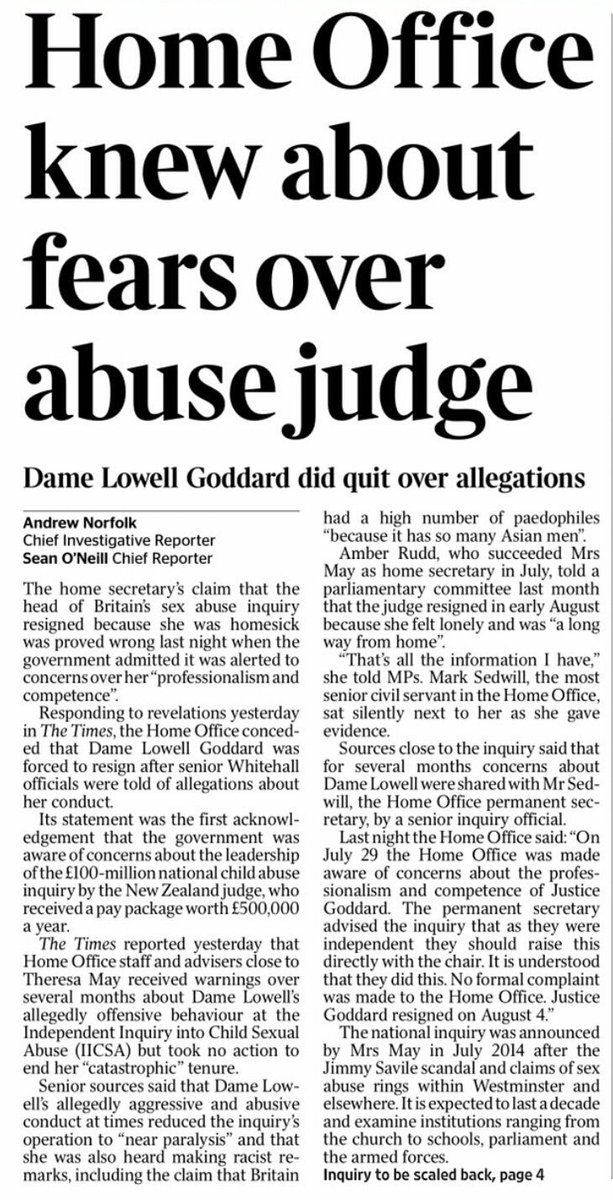